“LANSING — A bill banning local governments from imposing taxes on food, pop or gum received final passage in the Michigan Senate Thursday and is headed to Gov. Rick Snyder for his signature.

No communities in Michigan are considering such a tax, but the Legislature wanted to make sure that none go down that path. The bill passed on a 30-5 vote in the Senate without any debate or discussion. It passed the House on Oct. 5 by a 101-7 vote.” — Detroit Free Press

Thank God this was shot down before it ever gained traction. Listen. We all know the downfalls of drinking too much soda and having a few too many treats after walking 15-miles collecting Halloween candy. We just don’t care. That sweet sugar is just too succulent to our saliva.

Once a person gets a little taste for sugar, it’s over. Like this baby taking that first sip of pop. That’s all she wrote. Hook, line, and sinker.

Poor girl never had a chance. The parents supplied the poison while the beautiful baby had no clue what was coming. All we can do now is wish her luck in this war of attrition.

Obesity rates in Michigan have stabilized over the past four years, according to a recent study, at a measly 31%. So, we’re all good, right? WRONG.

Just let that sink in for a minute. 31%! (For those who failed their 5th grade math class, that’s 31 out of 100 people you see in Michigan are obese).

Couple that with this little factoid from mLive…

…and Michigan might have itself a full-blown crisis. Shocking that our Commander-in-Chief hasn’t tweeted about this issue yet.

Now I am fully aware that ‘fat shaming’ is a real thing and should never be done. I have been on the wrong side of that and it’s always such a degrading feeling. I would never attack a person’s weight in that manner. It’s just not right. But 31% of the state population being obese, also, is just not right. Frankly, it’s slightly embarrassing.

And it’s not just a problem for Michiganders. Nationally, 29% of adults are obese. Louisiana has the highest rate at 36% while Colorado boasts the lowest rate of 20%. Which is actually shocking knowing that the ganja is legal in Colorado and my rough estimate, with no research, is that 27% of the Colorado population is high at any given moment. Just a ballpark guess. Don’t quote me on that stat.

…we were being laughed at for this.

Maybe I’m wrong here, it just seems like, nowadays, when people are obese they just accept it. Which is fine. I’m all for self-love and being content with your image. Be who you love and love who you are. Awesome. As long as you’re happy, I’m happy. You’re doing incredible.

But the notion that there is nothing you can do about it is SO FALSE that it hurts me. You are not ‘big boned.’ The Biggest Loser taught us that…

But many things in life are not a choice and many conditions are irreversible. Cancer, Multiple sclerosis, asthma, Alzheimer’s, Lou Gehrig’s Disease, Diabetes, genetic diseases, the common cold and so many more. Obesity is one “disease” that is reversible. It has a known cure — elbow grease, hard work, pick things up and put them down, jog from point A to point B, just make progress. 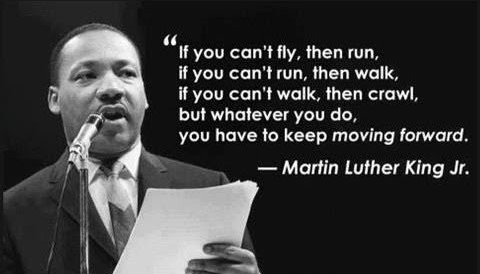 Besides, the law is just a technicality. “No communities in Michigan are considering such a tax…”

Michigan Gov. Rick Snyder just had to make sure he does one more thing that is detrimental to the health of the people he serves and who pay his salary (Flint, MI still does not have clean water).