The Detroit Lions (3-4) face a must-win situation when they travel to play the Green Bay Packers (4-3) this week on Monday Night Football. Yes, it’s still only Week 9, but this game is a must-win if the Lions hope to win the division for the first time since 1993.

Somebody in the NFL scheduling office must have thought the Lions were legitimate contenders in the NFC this season. After a Sunday night primetime game last week, this will be the team’s second Monday night appearance and will also play in the annual Thanksgiving Day game and final primetime game of the regular season.

Following a fast 3-1 start, beating the Arizona Cardinals (3-4), New York Giants (1-6), and Minnesota Vikings (6-2), the Lions are on a three-game losing streak heading to the Frozen Tundra. The quick start had Lions fans not only clamoring for their first division title since the Barrys Sanders-led team of 1993, it had them expecting it. 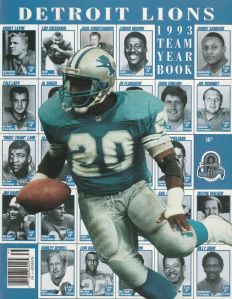 But after losing winnable games to NFC South contenders Atlanta Falcons (4-3), Carolina Panthers (5-3), and New Orleans Saints (5-2), and falling to the Pittsburgh Steelers (6-2) following the bye-week, the Lions find themselves backed into a corner nearing the halfway point of the season. Entering Monday one game under .500 the Lions must win seven of their last nine games to make it to the crucial 10-win mark.

Anything less than a Wild Card playoff-birth would be highly disappointing for the franchise. It didn’t look that way at the start of the season when no media member of the Detroit Free Press or The Detroit News predicted the Lions to win more than nine games. But that changed with the Packers lion-taming star QB Aaron Rodgers presumably sidelined for the remainder of the season after suffering a broken collarbone against the Vikings in Week 5.

Now, in the eyes of many Lions diehards, this is the year the team must get over the hump. The remaining QBs in the division are now third-year man from UCLA Brett Hundley (Packers), journeyman Case Keenum (Vikings), and rookie-starter Mitch Trubisky (Chicago Bears). The Lions have the definitive advantage with 116-game veteran QB Matthew Stafford in control. 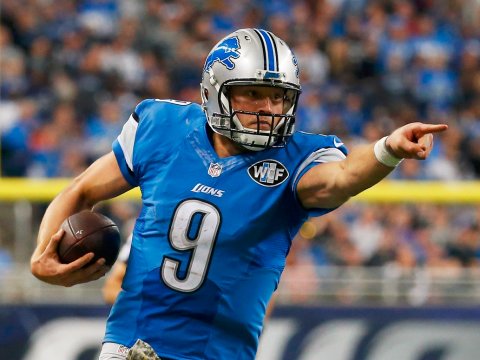 If the Lions don’t get the job done in the division this year fans will surely wonder if the team will ever take the next step in their evolution. That is if fans haven’t already accepted this year’s version of the team as the ‘Classic Lions’ of the past.

Failure’s result could be fans and media calling for the job of Head Coach Jim Caldwell, who just inked a new three-year deal before the start of this season. Or Offensive Coordinator Jim Bob Cooter, whose offense has struggled mightily in the red-zone. His offense scored zero touchdowns on five red-zone trips against the Steelers last week.

After putting themselves in a tough position the Lions will need to win most, if not all, of their five remaining divisional games if they hope to win the NFC North for the first time in 24 years.

It starts this week with the must-win game against the Packers. There is a HUGE difference between a (4-4) record and a (3-5) record in terms of making the playoffs. According to FiveThirtyEight, the Lions currently have a 22% chance to make the playoffs and 14% chance to win the division. Those numbers will slightly increase to above 25% with a win and drastically fall below 15% with a loss.

A win will pull the Lions even with the Packers in the division and a loss would put them two games back of them and at least three games behind the Vikings. 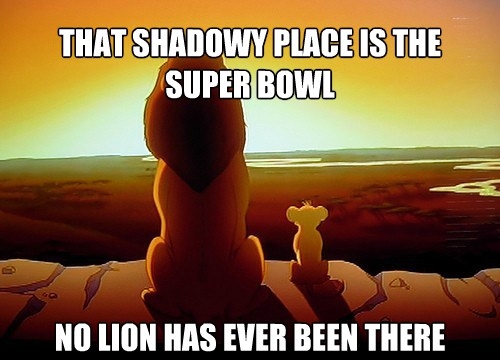 Five of the last nine games will be against NFC North opponents starting this week and ending Week 17 against the cheeseheads. The Lions also play the winless Cleveland Browns (0-8), Baltimore Ravens (4-4), Tampa Bay Buccaneers (2-5), and the Cincinnati Bengals (3-4) along with their divisional games.

If this Lions team wants to make the playoffs and avoid another tough or embarrassing offseason, Monday Night Football against the Packers is a must-win. If they lose the Lions might as well pack it in for the season.