Last night, the Detroit Red Wings got obliterated by the Montreal Canadiens 7-3 to drop them to 0-4-2 on the season. This was ugly. This was mean. The Canadiens pushed around their Original Six rival like they were the 1999 Atlanta Thrashers expansion team. The Red Wings look like chickens running around with their heads cut off following the retirement of captain Henrik Zetterberg. 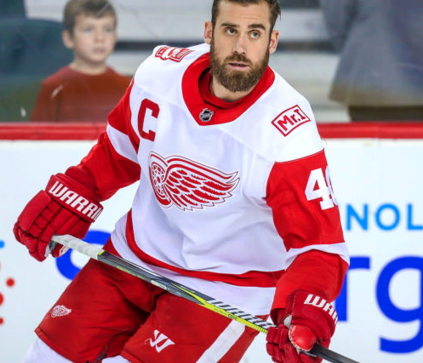 So just SIX games into the 2018-19 season, the Red Wings are officially CANCELLED. There is no coming back from a cancellation, and to be honest, it probably came six games too late. If you show me a hockey analyst who thought that the Red Wings had any semblance of having a decent hockey team this year, I’ll show you a person who should be fired for stupidity.

The defense is putrid. The offense is non-existent. Last Saturday against the Boston Bruins the Red Wings had a 5-on-3 power play and managed ONE shot in one minute and seventeen seconds. I repeat: ONE shot on goal during a one minute, seventeen second 5-on-3 powerplay. I’d like to think me and the boys would be able to lace up right now and manage at least two shots given the same circumstances. We would manage at least two shots on goal from the blue line. I would guarantee that. So it’s just sad watching what is supposedly the future of the Detroit Red Wings showing little to no fight in the first six games of the season.

I wouldn’t care about losing if the young guys showed they had a little fire under their balls. But they haven’t. They’ve shown that they know this is a lost season. And I agree. SO START THE TANK and start praying for the number one overall pick in the 2019 NHL draft to put this franchise back on top where they rightfully belong.