The Lions are bad. Terrible. With an opportunity to get above the .500 threshold Matthew Stafford and the Lions’ defense absolutely crumbled at the hands of the Seattle Seahawks in a despicable display in the Motor City on Sunday afternoon.

After a promising opening-drive touchdown orchestrated perfectly by Stafford and OC Jim Bob Cooter the Lions wouldn’t score again until they were down 28-7 with under nine minutes left in the fourth quarter.

Then with Stafford pulling his usual late-game comeback antics, giving Lions’ fans that little bit of hope as they always do just to make it sting just a little bit more, threw an interception at the Seattle 1-yard line like he was Russel Wilson in Super Bowl 49. I simply burst into uncomfortable laughter as the Seahawks put the nail in the coffin of the Lions’ season.

The worst part of this is that the Lions were actually the Vegas favorites to win the game. Confidence was sky high with the Lions as 2.5-point favorites coming off a streak of three out of four wins including victories over the GOATs of quarterbacking in Tom Brady, Aaron Rodgers and Brock Osweiler. The death row of QBs. 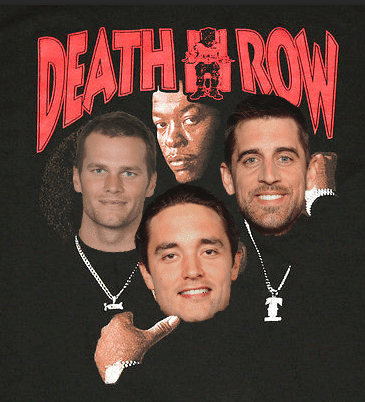 But after this loss there are no emotions left. I can’t get angry or disappointed. This is the Detroit Lions and this is who they’ve proven they are time and again over the past two decades. All I have left is to laugh.

To put the cherry on top, the Seahawks ran a successful fake punt from their own 2-yard line after the Stafford interception at the 1-yard line with just over two minutes play and up two scores. That had to be the most disrespectful play against the Lions I can remember since the Aaron Rodgers Hail Mary.

Seahawks run a fake punt from their own endzone and get the first down pic.twitter.com/nJvgOsf1PS

P.S. – I cancelled the Lions season after the first game of the season. People forget that. Could not have been more obvious. 7-9 here we come.